First Christian Church in Zanesville had its start with a group of young families who moved from West Virginia to the Putman area in the late 1860’s.  They brought with them the teachings of Alexander Campbell, Barton Stone and other restoration movement leaders.  They held worship services in their homes and others in the neighborhood began to join them. On May 7, 1870 they were formally organized with a membership of 34. W. B. Simmons apparently spearheaded the organization. As their numbers grew, they began to meet in Haver’s Hall in Putnam.  Sunday messages were delivered by members of the congregation or by itinerant ministers since they had no regular pastor. The new church practiced baptism by immersion, weekly communion and governed itself by a representative board.

As the population moved north across the river and many of the members moved to the Lee St. area, the church met in Worrels Hall, located over the Wells Drugstore on the corner of Linden Ave. and Lee St.  The church continued to meet there until 1888. On July 12, 1886, W.B. Simmons, Charles F. Denny, Henry M Gooden, James L Gooden, Charles F. Allison, Samuel H. Walker and Joseph Kemp signed incorporation papers.

Sometime prior to 1886, some of the members purchased a lot on the corner of Park and Amelia Streets.  It was time for the congregation to have a church building of their own.  Members helped with construction and built a church with a bell tower and stained glass windows.  On June 29, 1888, Rev. Robert Moffett, the state secretary from Cleveland, dedicated the new church building.  The church was called Park St. Church of Christ.  At the time of the dedication, construction costs were not paid.  In December of 1889, a mortgage for $1300.00 was signed.  It would not be paid off until 1908.

In May 1888, E. S. DeMiller was called as pastor and the church began to grow.  A Sunday School was organized.  Christian Endeavor for the youth and a Ladies Aid Society began. The young congregation continued to worship in building known as the Park St. Church of Christ (Disciples) under the leadership of several pastors.  The membership grew to 550. The church building was crowded.  The Zanesville flood of 1913 badly damaged the church building and 110 families “lost most everything”.  At the time the church owned property at the corner of Linden and McIntire Avenues but no plans had been developed for it until the flood damaged the Park St. Church building.   The church board recommended building a new church building rather than try to repair the damaged church.

A brick house of worship was built on the property at a cost of $25,000.  It was dedicated on November 8, 1914.  The mortgaged was burned on December 21, 1919.  For a decade the McIntire building was known as the “new Church of Christ”.  In 1933, the name was changed to the First Church of Christ (Disciples).  In February 1922, women were included in membership of the church board.  The Ladies Guild under the direction of Mrs. A.E. Hull was going strong.  In 1927 the church held Sunday evening services during July and August at McIntire Park.

In 1947, First Church of Christ (Disciples) began publishing a monthly paper that cost 25 cents per year for subscription and postage was 1 cent.  Pastor E.C Traylor was the editor. Over the years growth in membership taxed the church building.  Some far thinking board members began a building fund committee and raised $75,000.  The committee searched for a new location but when the congregation gathered to vote on the matter, they decided to stay at the Linden & McIntire site which was to be enlarged.

The congregation moved into the new facility in 1961.  Worship services were held in what is currently the gym with plans to add a sanctuary when possible. In October, 1969, plans for construction of the sanctuary and administrative area was announced and work began.  Our new sanctuary was dedicated on November 22, 1970, thus ending the first one hundred years of our church history.

During the next four decades a parking lot was added, Sunday School classes were active and an additional Sunday service meeting at 8:30 was added.  Several years later a 5:00 p.m. Saturday service was added as well.

In September 1989, the church officially changed its name to First Christian Church (Disciples of Christ).

During the last decade, our church has grown in ministry to children and youth and increased its participation in community outreach.

In 2020, First Christian Church (Disciples of Christ) of Zanesville will celebrate its 150th anniversary and the impact that this community of faith has had on the countless lives in this city and county and the world beyond.  Our world has changed considerably in 150 years, but is still much in need of a relationship with our Lord and Savior.  Our ministry may look a little different than it did in 1870 and yet the Good News of the Gospel that we have proclaimed for 150 years is still what the world needs to hear.  And we will continue to proclaim Christ's love into the future. 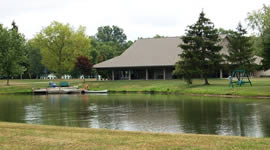